JoJo’s Bizarre Adventure series is a Japanese manga written by Hirohiko Araki and divided into eight story arcs. This series has had a great influence on readers for ages in terms of its excellent characters. 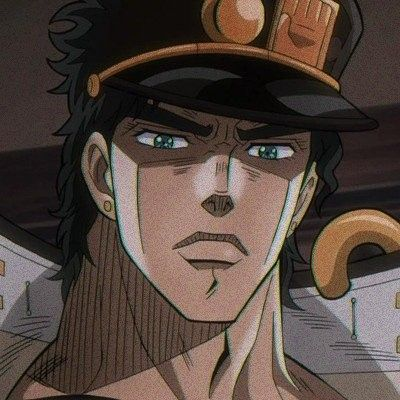 Jotaro Kujo is the main protagonist of Part 3: Stardust Crusaders, Part 4: Diamond is unbreakable and the 3rd JoJo. He is a Japanese-American person. Seeing his mother falling ill due to Dio Brando and listening to his grandfather Joseph, Jotaro decided to go to Egypt with a view to saving his mother and stopping Dio.

Jotaro is a charming guy with 195cm in height and 82 kg in weight. He has dark hair, dark fur and green eyes. There are some similarities in appearance with his great-grandfather, Jonathan Joestar and his grandfather, Joseph Joestar when young. Jotaro’s outfit is changed in each arc.

In Part 3: Stardust Crusaders, his symbol is a silver hat decorated with a rectangular gold metal plate and a one-hand design. He wears a calf-length jacket with a standing collar and a pair of chains 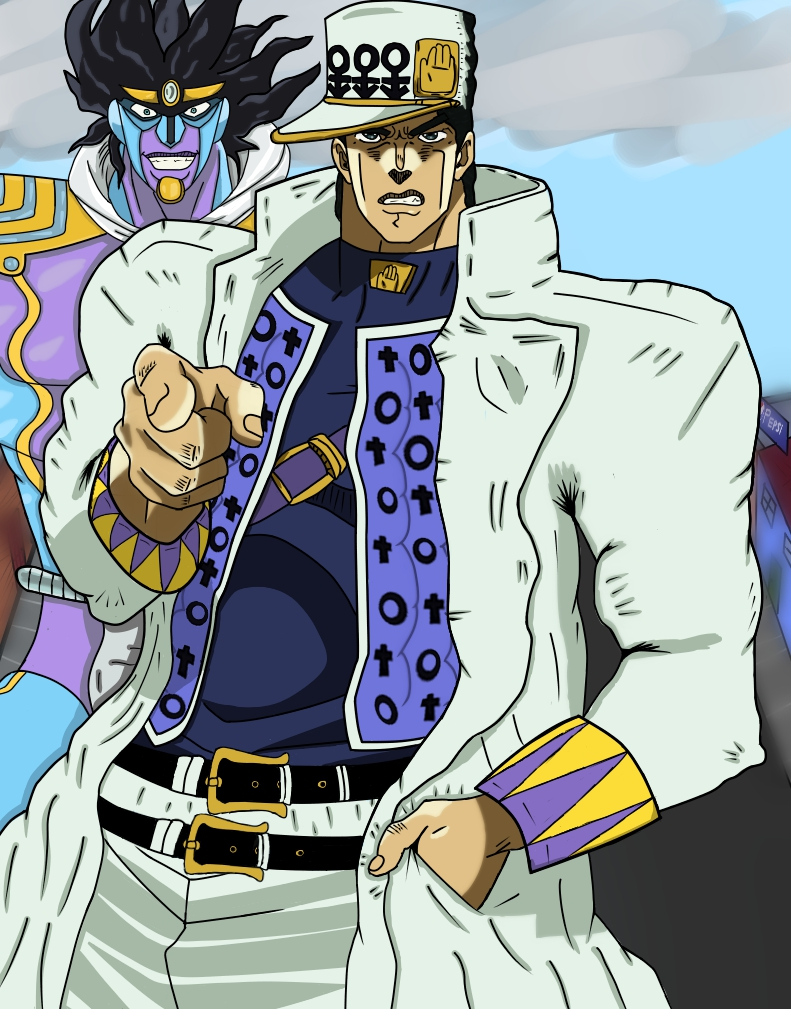 In Part 4: Diamond is unbreakable, his costume is changed twice, each with a combination of a cap and a white cape.

In Part 3, Jotaro is considered as a rude guy but actually, he has a gentle heart and is loyal to what he likes. He is very responsive, intelligent and quick-witted while maintaining his cool manner. Besides, he is an unapproachable  and pretty quiet person. He can stay calm in the most difficult times. Jotaro is fierce but rather gentle, he spares Kakyoin‘s life and even bets his life to save a young man from Dio Brando‘s slavery. Jotaro loves his mother, respecting grandfather Joseph a lot. His mother is his motivation for him to come to Egypt. 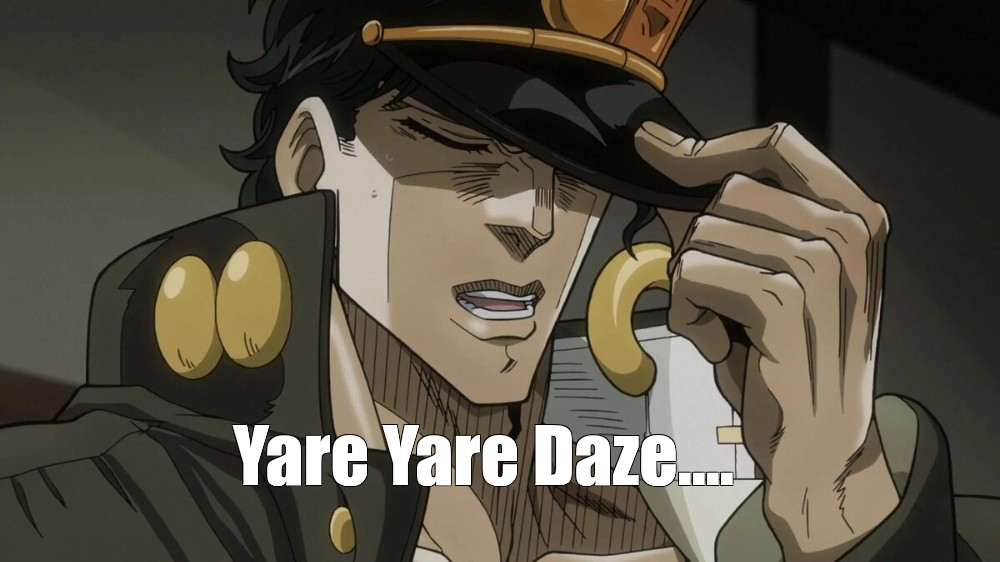 During his journey to Egypt, Jotaro becomes attached to his companions. Sometimes, he smiles and even laughs. Jotaro hates people who are heartless to hurt children and women in a fight. Jotaro loves to watch Sumo and the Columbo TV Series, thereby gaining his reasoning skills. Jotaro’s catchphrase is “Yare Yare Daze”.

Intelligence: Jotaro is a skilled tactician, combining basic attacks and amazing tricks to win. Thanks to the incredible powers of Star Platinum, he is able to escape any difficult situation or use unexpected powers such as digging paths against enemies or neutralizing the mist. He can also use the environment to his own advantage. Jotaro is a pretty good scammer, though not as good as Joseph. He uses his foe’s own vigilance with Star Platinum to defeat them

Knowledge: Jotaro has accumulated a considerable amount of knowledge. In the cell, in order to understand his Stand, he collects a number of books on paranormal topics. In Part 4, he is a marine biologist. 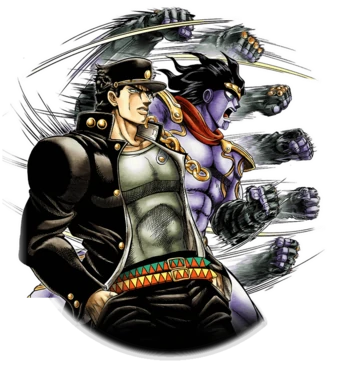 Strength: Despite having supernatural powers not equal to his Stand, Jotara himself is incredibly powerful even when transformed into a child, he is still able to deliver a powerful punch to an adult man.

Hardness: Jotaro is very confident and intolerant of any opponent. In addition, he also owns the secret technique of the Joestar family, escaping. It is used as the last course. Stand: Jotaro owns the extremely powerful Stand, Star Platinum. Star Platinum is a close-range Stand with an attack range of only about 2 meters from Jotaro‘s body but with incredible strength, speed and accuracy. This is one of the strongest Stands introduced in the whole series. Its superior physical prowess combined with Jotaro‘s wits in combat gives him plenty of glorious victories.

Jotaro Kujo is a really interesting character in JoJo’s Bizarre Adventure. If you are a big fan of anime, don’t skip this series as well as this 3rd JoJo.