What Do You Know About Dio Brando?

Dio Brando, also called DIO, is one of the main villains of Part 1 and Part 3 in JoJo’s Bizarre Adventure series written and illustrated by Hirohiko Araki. It is a Japanese manga and divided into eight story arcs. 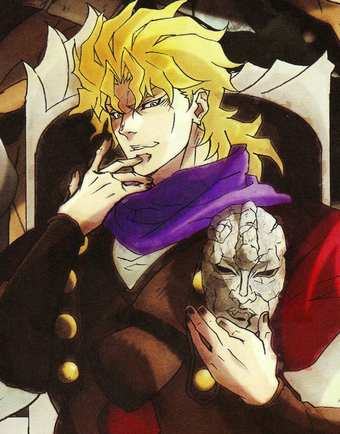 In terms of Dio‘s characterization, Araki said that FBI profiling of serial killers was a great source of inspiration to him. Araki intended to portray Dio as an unapologetically baleful person in his pursuit of power, with his abandonment of humanity.

According to Araki, Dio‘s appearance was inspired by Rutger Hauer’s character Roy Batty in the 1982 movie Blade Runner.

From his early age, Dio Brando showed an ambitious, selfish, arrogant and belligerent nature, as if he was willing to do anything to achieve his goals. He loved nothing but power as well as himself. He only cared for his own interests, took full advantage of others if they benefited him and trampled to the bottom when it was out of value. Dio had the ability to manipulate, seduce and be a talented leader, which brought him countless loyal minions with formidable strength. He adored the feeling that no one could be against him, and never tolerated someone could resist him or be on equal terms with him.

Intellectually, when young, Dio excelled in school and graduated as the best law school student. As a vampire, Dio possessed super strength, super speed, super senses, and fast recovery ability. He also can shoot lasers from his eyes and freeze the opponent’s body. Besides, he is capable of stopping time.  At first, he can only stop a very short amount of time but in Part 3, he can last for a maximum of 9 seconds. However, Dio‘s weakness is sunlight.

– “Dio” in Italian means “God”. This is consistent with his passionate personality for power as well as his desire to create the world where he dominates.

– The trick Dio used to bluff Hol House by going through the spider’s web without damaging it is supposed to be a reference from the Dracula film in 1931.

– The bridge, where Jorato defeated Dio, is said to be the Qasr al-Nil Bridge, connecting Cairo city center with Gezira Island and Zamalek district.

Dio’s father, Dario Brando, is an alcoholic, selfish, lazy, and abusive person. He invested in a hotel business but failed and resulted in his wife’s death. After his father passed away, Dio was adopted by George Joestar due to owing his father a debt of gratitude. He spent his years planning to take the property of Joestar’s family with any tricks such as humiliating Jonathan, splitting his relationship with his father and friends… Moreover, Dio also chose to poison George Joestar and kill Jonathan.  After several failures, Dio transformed himself into a vampire by using the Ancient Stone Mask. In the battle with Jonathan, Dio‘s body was destroyed but his severed head killed Jonathan Joestar and they sank to the bottom of the Atlantic together. 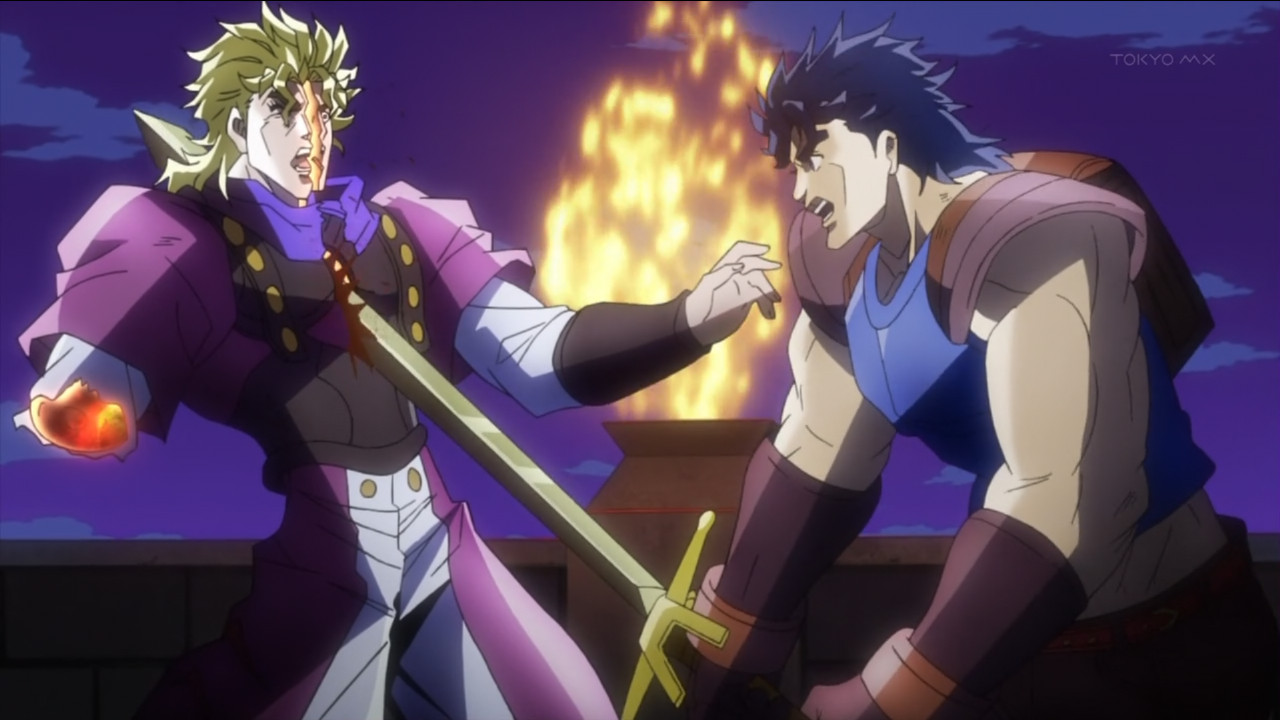 In 1989, Dio Brando, also referred to DIO in this chapter, woke up after his tomb was recovered from the ocean. DIO became extremely powerful with the power of being able to condense the time born from a supernatural power called Stand. He recruited many henchmen and appointed them to defeat the Joestar family. In the final combat with Jotaro, the grandson of Joseph Joestar, discovered DIO‘s ability of stopping time and escaped from the attack then defeated him once and for all.

Dio is considered as one of the characters who has a great influence on the whole series. If you are a big fan of anime, don’t skip JoJo’s Bizarre Adventure series as well as Dio Brando.

Dio Brando has many fan. There are very popular product lines that created inspired by Dio Brando. You can find Dio Figure, Poster, Cosplay, Shirt, Hoodie items from our store:  http://jjba.shop/